A university’s student population might be of legal age, but there is quite a bit of handholding done by staff. Often times, universities will step in and dictate things like what kind of decorations are allowed in dorm rooms, when trash must be taken out and what windows are allowed to be open.

In the Florida International University student handbook, there is specific language regarding proper disposal of empty food containers and how their fines system works in regard to people who fail to dispose of garbage. There are even mandatory inspections to ensure the cleanliness of dorm rooms.

However, most universities typically aren’t cognizant of one of the nastiest habits that one can have: never disinfecting keyboards and mice. Universities invest quite a bit of money in janitorial staff that keep classrooms in tip-top shape but neglect perhaps the dirtiest items that can be found in a classroom. On average, keyboards contain three times as many bacteria as the average public toilet seat. And keyboards at universities are being used by people who supposedly can’t even be trusted to take out the trash. 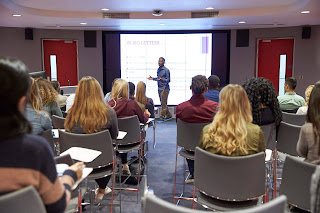 One of the most dangerous fallacies in regard to hygiene is people being concerned about things they can see. Sure, the salsa that made its way onto your pants looks kind of gross, but it’s not nearly as dangerous as say, a flu virus. It’s the microorganisms you can’t see that pose the more significant risk.

Hand-washing is perhaps the best way to prevent the spread of illness. 80% of infections are spread through hands. But if you go on to touch extremely dirty surfaces right after washing your hands, you are negating your efforts to maintain good hand-hygiene. If universities are going to preach hygiene to students, they need to keep their end of the bargain and ensure that they are putting students in a position to be hygienic.

The main objection to disinfecting keyboards is that IT departments are afraid to damage the expensive equipment. It’s a legitimate claim. IT departments get a fixed budget for each year and if they go on to damage all their keyboards, they will have to compromise other initiatives. However, there is another solution which is to invest in washable keyboards and mice. 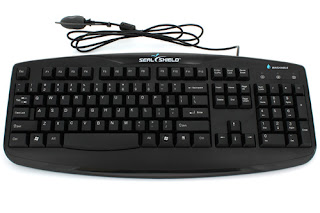 Medical grade washable keyboards and washable mice are the best possible solution. Ones that come with anti-microbial product protection, as well as the ability to be disinfected with harsh cleaning products, are the keyboards that best fit a clean office space. The use of washable keyboards, as could be surmised, started in healthcare. However, it quickly entered the corporate and food service industries as well. It’s essential that universities are the next to take this additional step towards good hand hygiene.
Posted by Marcus Pinto at 10:10 AM