Fecal Bacteria Can Make Its Way to Your Burger Via Touchscreens

Personally, my favorite type of cheeseburger involves blue cheese and pepper-crusted bacon. I know people who swear by only ever putting cheddar cheese on their cheeseburger and I know people who eat vegetarian burgers, which they swear taste the same. I remain skeptical of that last part. One thing I don’t think I’ll ever hear someone order on their burger is fecal bacteria. Despite that, fecal bacteria can be making its way to people’s cheeseburgers as a result of using a touchscreen to order their food. 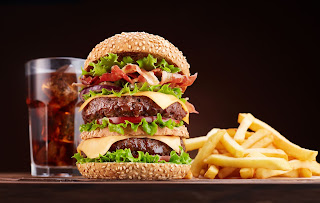 In an investigation conducted by Metro, a leading UK newspaper, traces of feces were found on every single McDonald’s touchscreen they swabbed. Samples were taken from the new devices that have been implemented throughout the country and discovered every one of them had coliforms. Some of the bacteria found on the machines were extremely unexpected and very dangerous. For example, enterococcus faecalis is usually found in people’s gastrointestinal tracts and is infamous for causing hospital-acquired infections. Said Dr. Paul Matewele, senior lecturer in microbiology at London Metropolitan University, “We were all surprised how much gut and fecal bacteria there was on the touchscreen machines. These cause the kind of infections that people pick up in hospitals.”

These touchscreens that are becoming quite common in the UK, are also being adopted in many Americans restaurants. Their prevalence stems beyond just fast food, as sit-down restaurants such as Olive Garden and Red Lobster have adopted them. A major issue in regard to their cleanliness is that they are rather difficult to properly disinfect without damaging the screens. In fact, when asked about why they aren’t using harsh cleaning products that would actually kill bacteria on the screens, the answer is typically that they don’t want to damage the screens. It’s a legitimate point. Many of the most effective cleaning products will also quite effectively render the screen unusable.

However, there is a major factor that many of these restaurants are overlooking. They can get a custom screen protector that allows them to use the products necessary to disinfect these touchscreen devices. In fact, they can buy the same medical-grade screen protectors that hospitals use on their tablets and patient monitors. Seal Screen, the latest and greatest line of medical screen protectors, not only allows for the use of harsh cleaning products, but also provides anti-microbial product protection. It’s the best available solution across the board. Restaurants already go through a lot of effort to make sure that their food is prepared in a sanitary way. Of course, it is impossible to make sure that all patrons are washing their hands before eating. But it seems worthwhile to take that little extra effort to make sure that the cost-saving initiative of implementing touchscreens isn’t undoing the efforts certain patrons take to maintain good hand hygiene.
Posted by Marcus Pinto at 10:45 AM