Your Phone Might Be Clean but Has It Been Disinfected?

Don’t know the difference? Don’t worry. You are not alone. According to Miriam Webster, the word clean means “free from dirt or pollution.” When you look at an item to measure its cleanliness that’s probably what you look for as well. Disinfection is a different animal entirely. According to the Centers for Disease Control and Prevention (CDC), disinfection is "a process that eliminates many or all pathogenic microorganisms, except bacterial spores, on inanimate objects."

When it comes to preventing the spread of disease, it’s not enough for your phone to be wiped clean of ketchup that spilled from the burger you ate, while simultaneously looking through Snapchat stories. It’s not ketchup and grease that’s particularly dangerous, it’s germs. And the fact of the matter is that just because your phone looks the same as it did when you bought it, doesn’t mean that it is safe to use.

A study by the University of Arizona determined that cell phones carry ten times more bacteria than toilet seats. Just imagine how gross you would feel if you were holding up a toilet seat to your face for several minutes at a time. Now imagine a toilet seat that’s ten times dirtier than the average toilet seat. Imagine a toilet seat at the grimiest gas station in town that hasn’t been cleaned in quite some time. If you’re anything like me you wouldn’t even think about sitting on it, even with putting toilet paper on the seat. You would either go to the Walgreens across the street or wait until you get home. Imagine putting that on your face every single day. 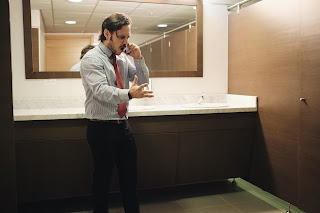 Sound like I’m exaggerating to make a point? I wish I was. According to the London School of Hygiene and Tropical Medicine, 1 in 6 smartphones contain fecal matter. That means that for every six people that you type your number into their phone, you are quite likely touching some form of fecal matter. All of a sudden, you might want to keep your phone away from the dinner table, right?

The problem gets even worse. Unfortunately, Apple and Samsung products can’t withstand the use of cleaning products to disinfect the devices. Yes, that is correct. Seemingly, the only effective way to truly keep your phone safe to use is also going to ruin your pricy device. Fortunately, there is another option. 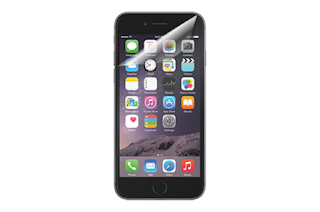 Seal Screen is a brand-new type of custom screen protector that was specifically designed to withstand cleaning products as well as protect the screens from impact. It’s a state-of-the-art product that was specifically made for the medical industry but can be used by anyone who wants to properly disinfect their phone. Simply put, this is the best solution for the grossest problem in your life today.